The origin of the first valves

Before the development of the simplest irrigation system, corn crops from the earliest civilizations were at the mercy of climatic conditions, water levels of rivers and lakes or the force of humans and animals to transport water in primitive vessels. Due to the difficulty of anticipating the setbacks that could arise from these conditions, farmers had to devise systems to control the nearest water sources. The original idea of ​​the valve probably happened when these simple farmers noticed that a fallen tree or the remains of debris slowed down or changed the direction of the water fluid. Thus the concept of using artificial barriers arose, to divert water to nearby fields, over time this idea expanded to a simple irrigation using a planned series of ditches and canals, which through the use of gravity could transport, store and Expand the reach of the water source. An important element of these first irrigation systems was a wooden or stone barrier, which could be placed at the entrance of each irrigation canal. This barrier was the early parent of what we now commonly call the gate valve which could be used to stop the flow or divert the flow to other channels, or when placed in a position between closed and fully open it could regulate the amount of water that enters the channel downstream. 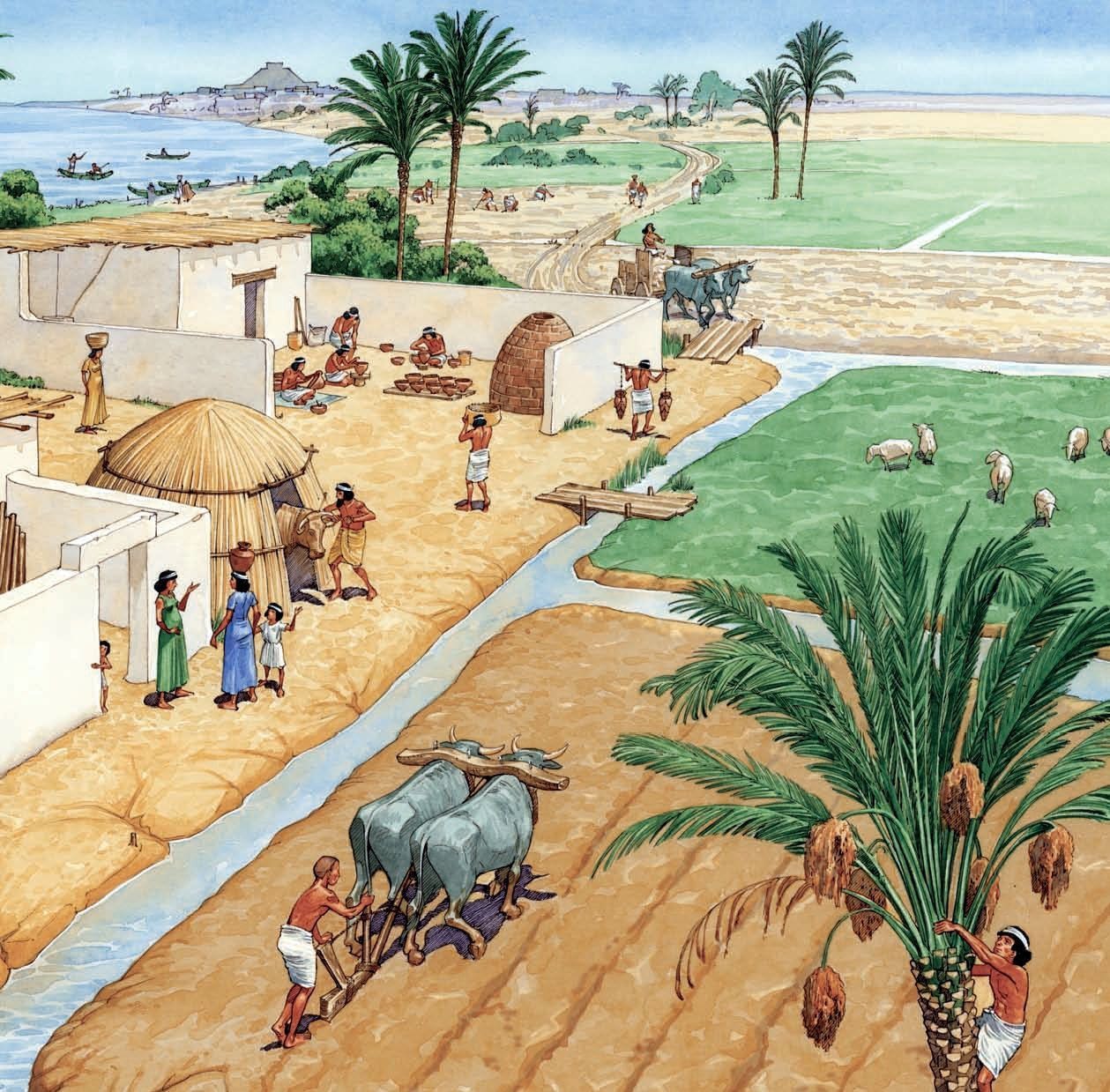 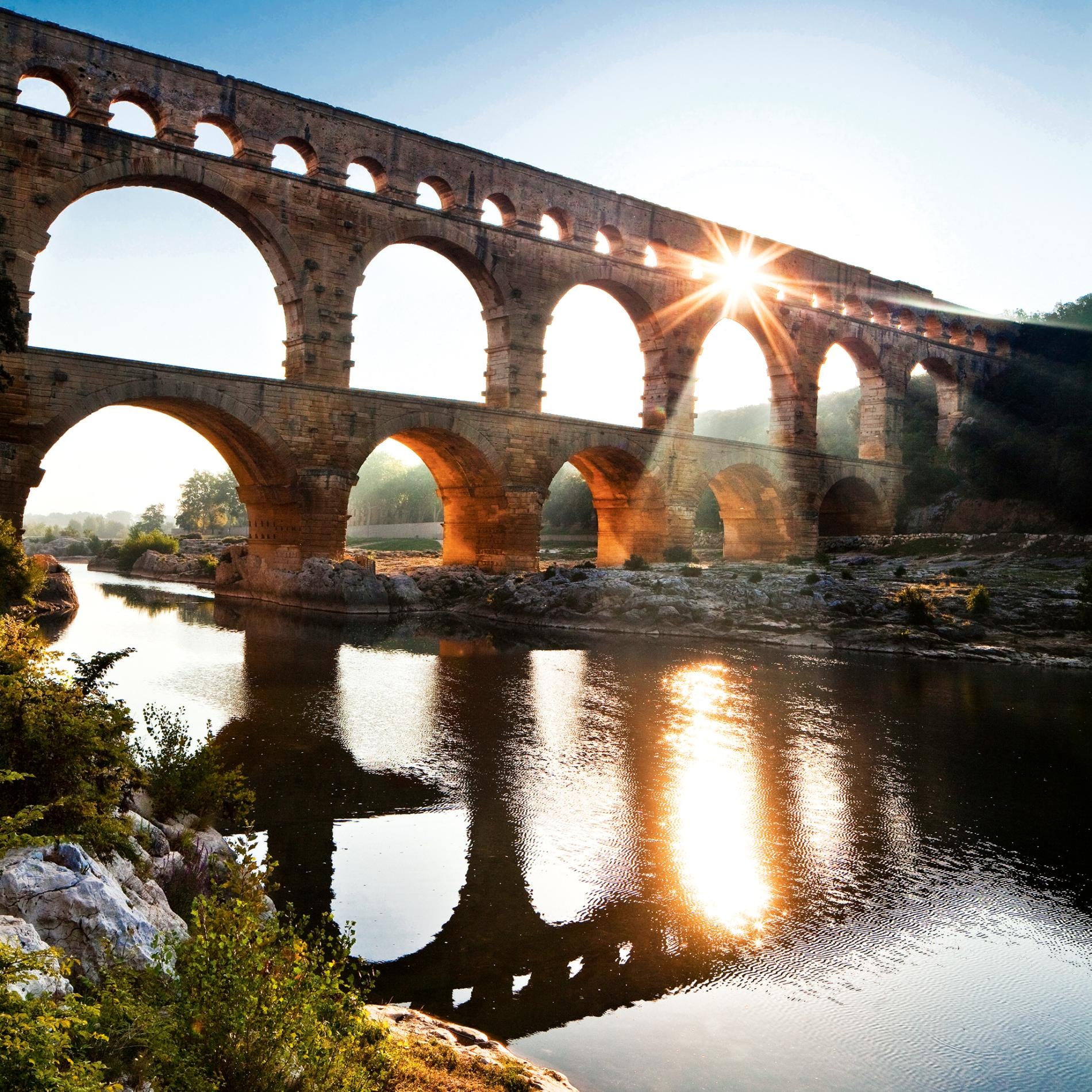 The introduction of ancient engineering

Already in 5000 BC, gate valves were found in a series of dikes. Designed as part of ancient irrigation systems developed by the Egyptians along the banks of the Nile River. Archaeologists discovered that other ancient cultures in Babylon, China, Phenicia, Mexico and Peru also used similar irrigation systems. The first engineers examined these primitive process systems and began to apply this technology for more sophisticated new purposes. For example, in 1500 BC, the tombs of Egypt were equipped with an extensive drainage system, which included siphons, bellows and simple check valves carved in wood. Designed to bring water to the surface from the underground wells. The Romans, having conquered the Middle East, quickly saw the value of hydraulic engineering in the Middle East and expanded the concept into a series of aqueducts in Europe, which were used to sustain new cities that were located in areas far from the main sources of Water. These aqueducts included early pumps, pipes and hydraulic wheels, as well as gate, and check valves for wood, stone or lead.

The development of valve design

The advent of hydraulic engineering

In general, the valves during the Middle Ages were of basic design, carved in wood, and used mainly as stoppers in wine and in beer barrels. The design of the valve changed very little until the Renaissance arrived when modern hydraulic engineering was born. The principles began to evolve. In an attempt to improve the performance of the canal locks, Leonado da Vinci analyzed the tensions that occurred at different sluice doors with different water heights on each side of the door. These early studies of the concept of pressure and pressure drop helped determine the basis of modern fluid dynamics, which is essential for understanding and calculating valve performance.

The invention of the low pressure engine

In 1712, the Englishman Thomas Newcomen invented the atmosphere engine or thermal engine, which used low pressure steam to drive a piston forward. The engine could be used to lift water. Over time, Newcomen improved its Machine, I have introduced a simple iron check valve, which could be used to regulate the flow of steam to the piston, the first known application of a throttle valve.

In the late 18th century, Scottish engineer pioneer James Watt looked for ways to improve the Newcomen atmospheric engine. The main problem of the Newcomen machine was its slowness and low power due to low pressure steam. Also, due to the one-way action, each stroke had to be returned to position the counterweights, which was extremely inefficient. Watt invented the first double-acting engine. The Watt engine introduced steam on both sides of the piston, driving both the upward and downward stroke simultaneously. A piston rod was attached to both sides of a crank to produce the rotating movement of the drive wheels, which eventually led to the development of steam locomotives and steamships. The main elements of the Watt steam engine were the automatic action valves, which were used to introduce and vent steam from both sides of the piston. Although these iron valves were very simple by today’s standards, their function was critical to the success of the steam engine, which marked the beginning of the industrial era. 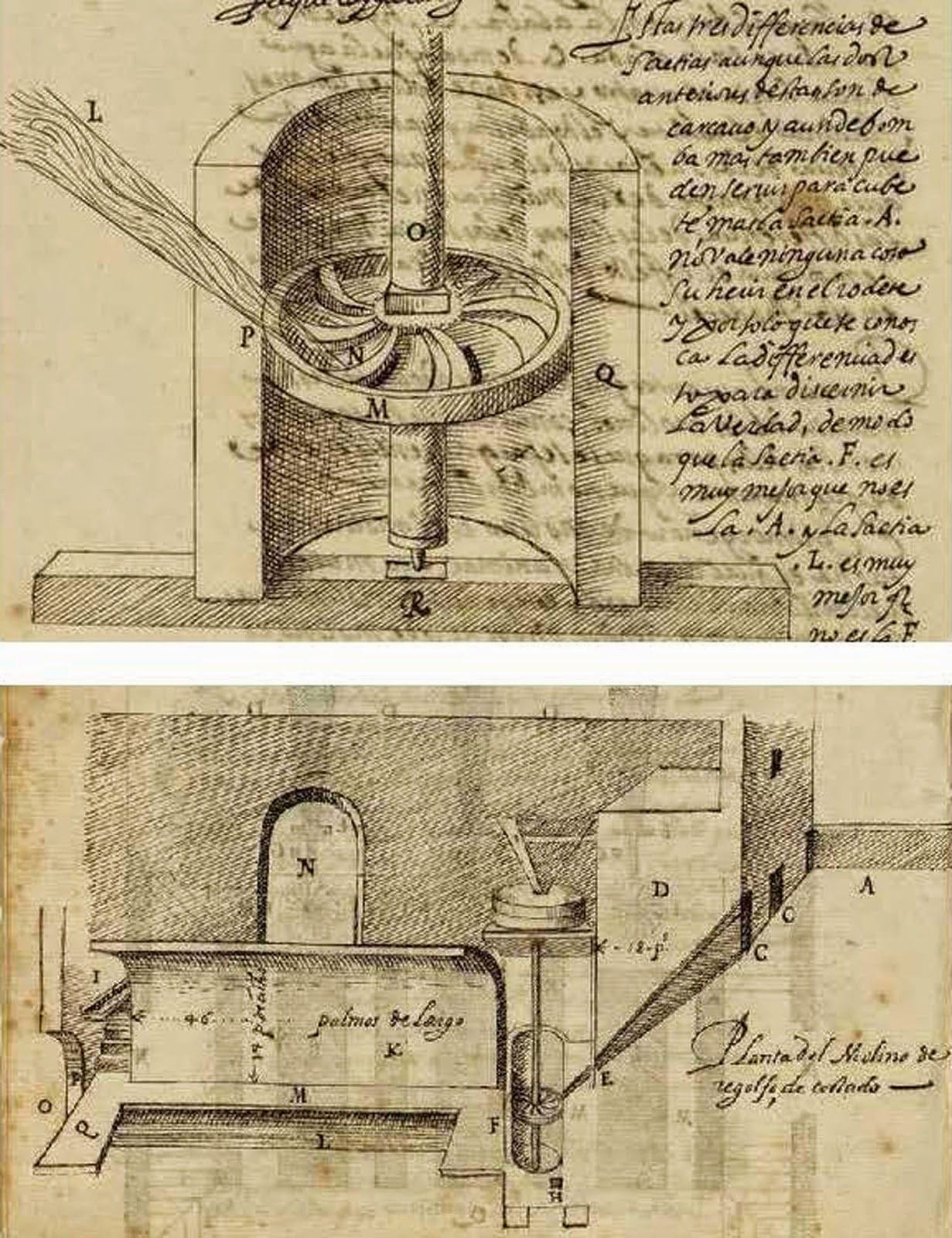 Although these iron valves were very simple by today’s standards, their function was critical to the success of the steam engine, which marked the beginning of the industrial era. 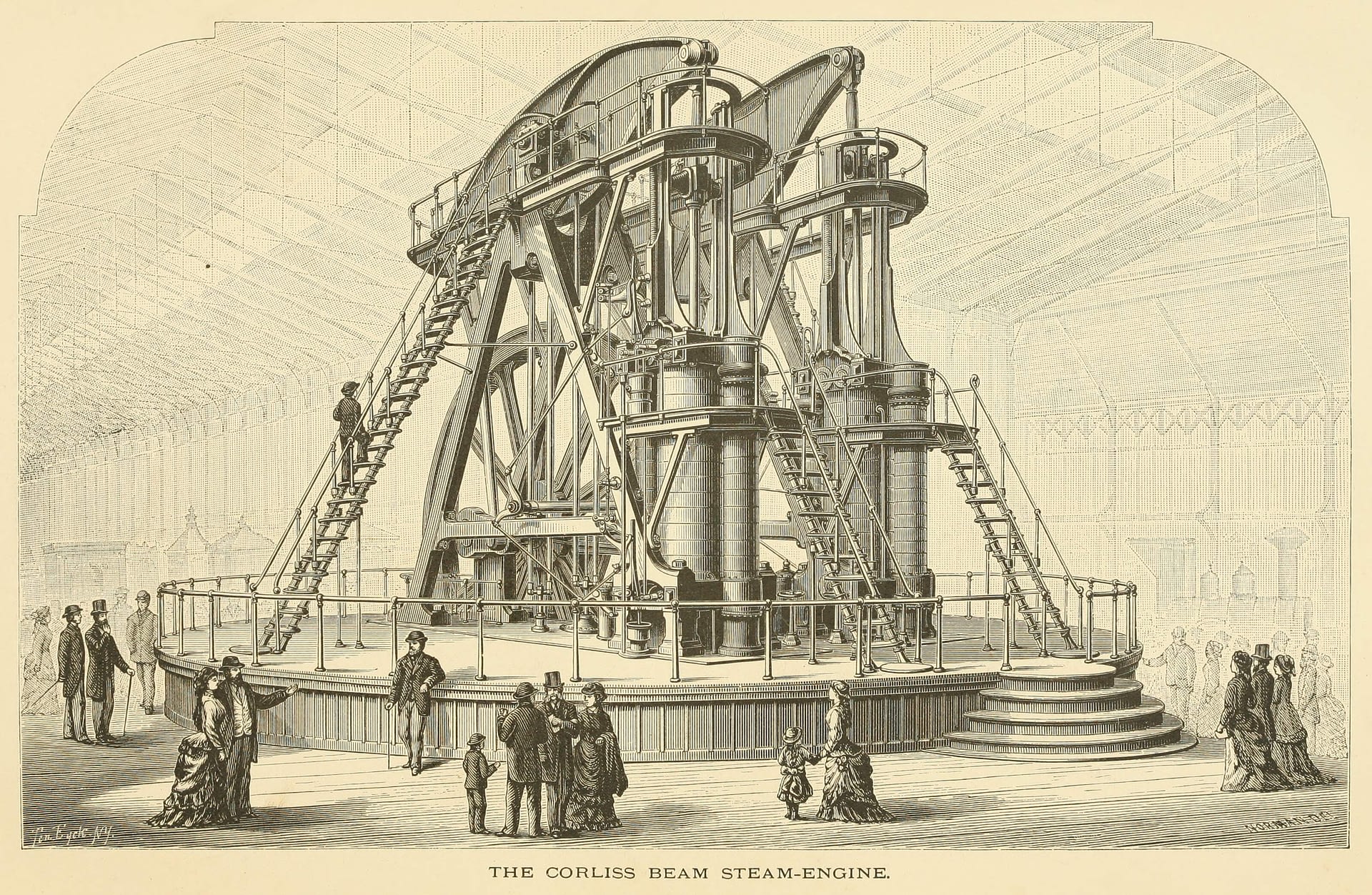 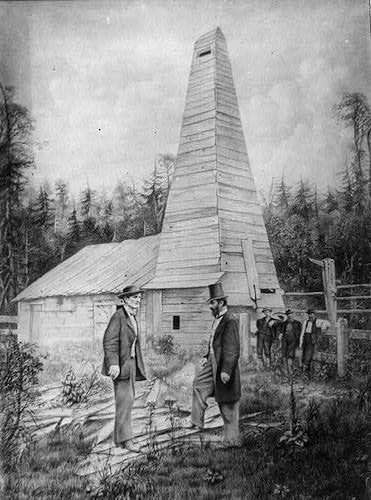 Emergence of the textile industry

During the nineteenth century, the use of steam energy in transportation and the textile industry, as well as hydraulic works, accelerated the development of more sophisticated valves. With the considerable temperatures reached by the steam service, the valves could no longer be wooden or soft. Which led to the manufacture of iron valves, machined with a wider degree of resistance. Not only were these iron valves much more durable, but they were able to withstand the high temperatures and vibrations associated with steam engines, without excessive leakage.

The advent of steam energy produced a greater need for coal, which led to the development of sophisticated underground pumping systems, including new types and styles of valves, such as gate valves. The industrial era also boosted the use of natural gas in cities as fuel for lighting and heating, which required simple ball valves for its sub-minister.

The Corliss steam engine, revealed in 1876, included in its design sophisticated self-acting control valves, and for the first time introduced the linear globe valves, some of which look similar to those of today. The discovery of crude oil as an abundant and economic form of 19th century energy led to the creation of the oil refinery. Which led to the development of chemicals, petrochemicals, paper, and food and beverage processing plants, creating the need to own hundreds of process valves in each plant. Electricity as a source of energy led to the creation of coal, hydroelectric plants and, eventually, nuclear power plants, which led to the use of valves not only in simple water and steam applications but also in severe service applications that involved high pressure drops and posterior cavitation, flashing, and strangulation.

Automation in the modern era

Before the 1930s, almost all valves in process plants were manual. What required the workers to open and close the valves by hand according to the needs of the process. Obviously, this resulted in a slow response capacity, since a worker had to run or cycle from the valve to the control area. In turn, the operator made an estimation of the position of the valve which provided a lower precision in regulation situations. Due to this situation, during that decade the first automated control valves appeared that sent pneumatic signals to the valves and adjusted their position without the need for human intervention. Today, the global valve industry covers hundreds of global manufacturers. Who produces thousands of designs of manual valves, retention, safety and control. Modern valve designs range from simple gate valves, similar in function to those used by the first Egyptians to sophisticated control valves with built-in microprocessors.
1